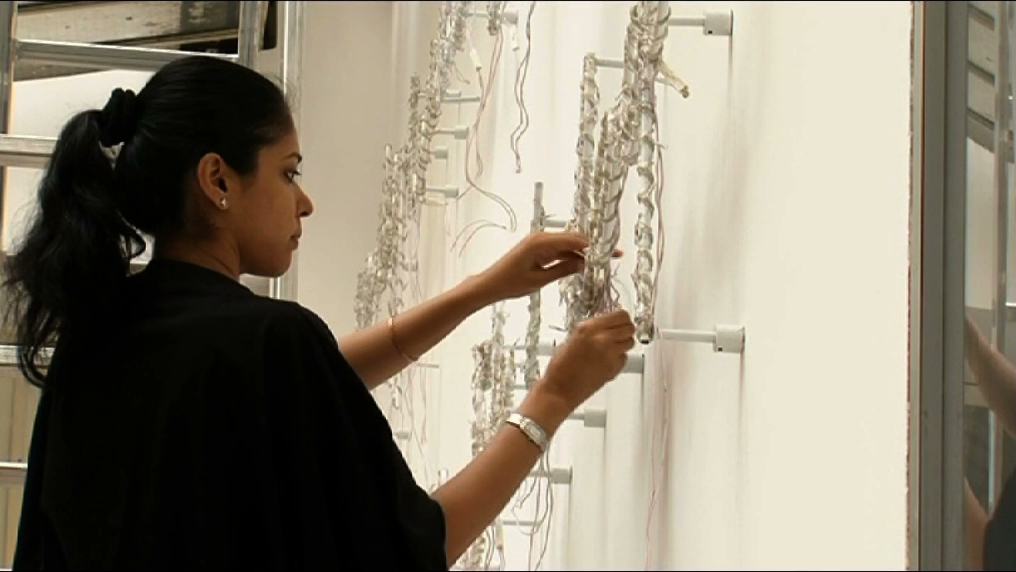 Born in Bombay in 1976, Shilpa Gupta is considered one of the most promising talents on the artistic scene in India. Through the use of interactive videos, web sites, installations, photography and performances, she explores society and power structures in the age of globalization as well as our imagination and subconscious. She delves into the subjects of racism-related terrorism, religious fundamentalism, our obsession with security, alienating frontiers and areas of conflict between individuals. We follow this artist in the labyrinth of the crowded, chaotic streets of her beloved city of Mumbai, an endless source of inspiration, and observe the realization of various works exhibited in Paris and Lyon.

From the collection: Künstler Hautnah / Arte