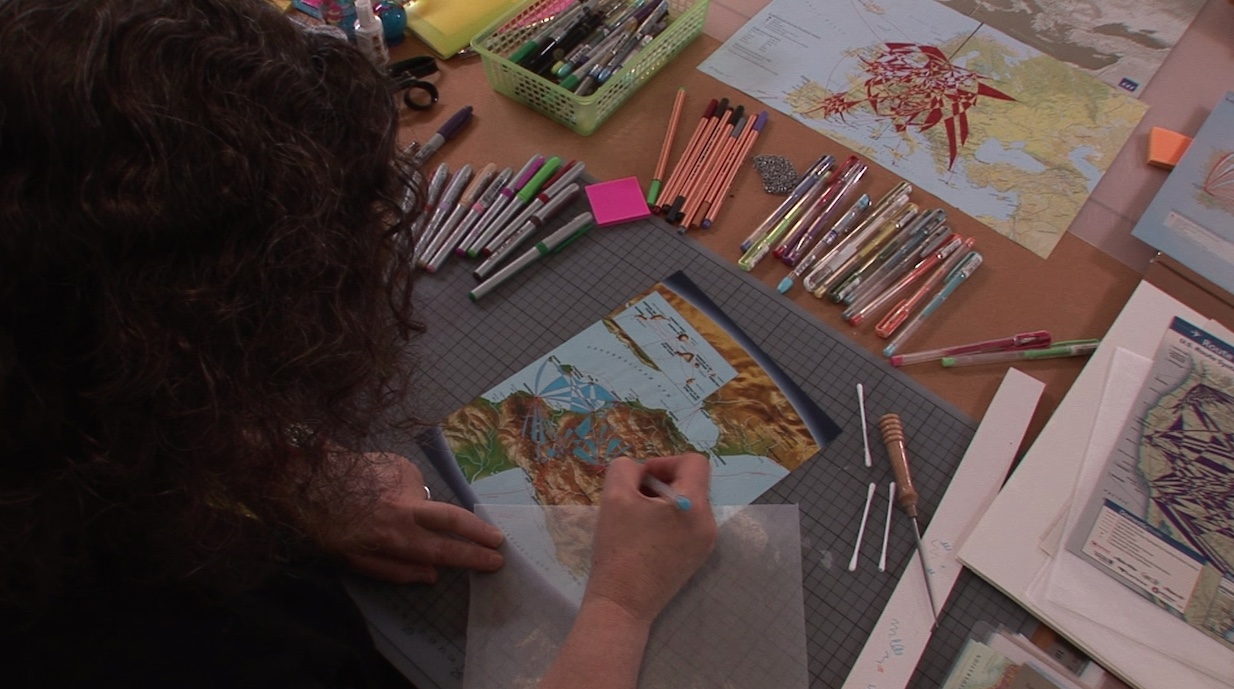 Mona Hatoum was born in Beirut to an exiled Palestinian family. In 1975 she was forced to stay in England after civil war broke out in Lebanon while she was on a short visit to London. Her experience of double exile as well as references to gender issues and current political affairs are articulated in her work through the use of multiple media of performance, video, sculpture and installation. Her work deals with social contradictions, such as the suffering of alienated people or political oppression.
Filmmaker Alyssa Verbizh spent a couple of months following the artist from her studio in Berlin to an exhibition in Paris and to a residency at the MAC VAL Museum, where Mona Hatoum was working on a new large installation.